These instructions apply to Quickmap Version 8 only.

A silent Air Photo install can also be achieved without running V8_QExpansionSetup.exe by updating the registry to point to the location of the Aerial Photography folder. This install method can simplify the job of installing Quickmap Imagery for system administrators who are tasked with installing Aerial Photography for multiple copies of Quickmap on their network.

There are 2 steps required to set this up:

Create a network share for the Aerials so that it is visible to all Quickmap users. The Aerial folder should contain files and folders similar to below: 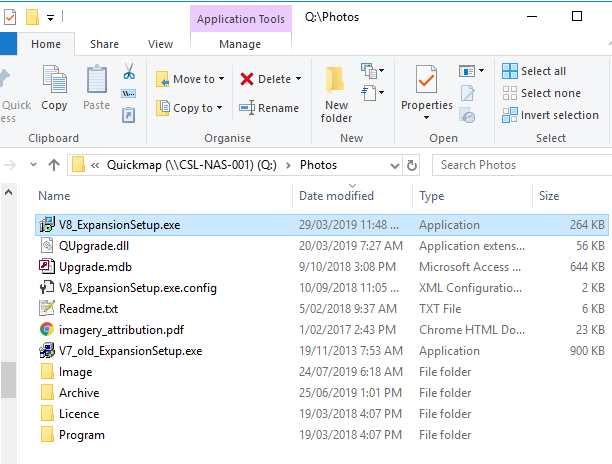 Add an entry to the registry under HKEY_LOCAL_MACHINE\SOFTWARE\Classes\Quickmap\Image
similar to the example below:

In the above example the server is CSL-NAS-001, the network share is Quickmap, and the Survey Plan folder is located in \\CSL-NAS-001\Quickmap\Photos. 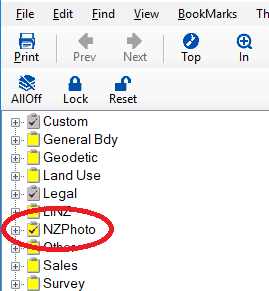 If the NZPhoto layer group does not exist this could be due to one of these reasons: